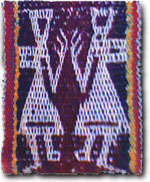 Creating Our Own: Folklore, Performance, and Identity in Cuzco, Peru

In Creating Our Own, anthropologist Zoila S. Mendoza explores the early-twentieth century development of the "folkloric arts" - particularly music, dance, and drama - in, Peru, revealing the central role these expressive practices played in shaping ethnic and regional identities. Mendoza argues that the folkloric productions that emerged in Cuzco in the early twentieth century were integral to, rather than only a reflection of, the political processes that led to the development of the indigenismo movement. By demonstrating how Cuzco's folklore emerged from complex interactions between artists and intellectuals of different social classes, she challenges ideas of indigenismo as a project of the elites.

Mendoza draws on early-twentieth-century newspaper documents as well as interviews that she conducted with key artistic and intellectual figures or their descendents. She offers vivid descriptions of the Peruvian Mission of lncaic Art, a tour undertaken by group of artists from Cuzco, at their own expense, to represent Peru to Bolivia, Argentina, and Uruguay in 1923-24, as well as of the 1920s origins of the Qosqo Center' of Native Art, the first cultural institution dedicated to regional and national folkloric art. She highlights other landmarks, including both The Charango Hour, a radio show that contributed to the broad acceptance of rural Andean music from its debut in 1937, and the rise, in that same year, of another major cultural institution, the American Art Institute of Cuzco. Throughout, she emphasizes the intricate local, regional, national, and international pressures that combined to produce folkloric art, especially the growing importance of national and international tourism in Cuzco.

Zoila S. Mendoza is Associate Professor of Native American Studies at the University of California, Davis. She is the author of Shaping Society through Dance: Mestizo Ritual Performance in the Peruvian Andes.

Creating Our Own: Folklore, Performance and Identity in Cuzco, Peru

Introduction: Re-visiting Indigenismo and Folklore. Discusses the main arguments of the book, ideas and methods that have guided its elaboration and explains some general relevant issues.  Some of these issues are: the relationship between folklore and ethnic/racial identities and the definition and discussion of Folklorization, Indigenismo, Neo-Indianism and Cuzqueñismo (Cuzqueñoness). In this introduction, the author takes issue with previous approaches that take the significant “artistic-folkloric” output that appeared in Cuzco throughout the first the first half of the twentieth century to be simply a reflection of other social and political processes that led to the development and flowering of cuzqueño regional identity and also to the proposals for a national and continental identity developed by Cuzco artists and intellectuals. She argues that this output must be understood as an integral and significant part of these processes. She further insists that it was to a large extent thanks to this artistic output that these longings for a regional, national, and continental identity coalesced and took a specific shape. This introduction also includes a chapter-by-chapter summary

Chapter 1: The Misión Peruana de Arte Incaico and the Development of Artistic Folkloric Production in Cuzco. Explores the origins of the process of folklorization through the tour of a performing troupe, the Misión Peruana de Arte Incaico (Peruvian Mission of Incaic Art), thus allowing a first approach to the complexities of this process. The success of this tour, which was undertaken by a group of cuzqueño artists led by Luis E. Valcárcel, in representing Peru in Bolivia, Argentina, and Uruguay form October 1923 to January 1924, with no governmental support whatsoever, had definite repercussions in the establishment of the first cultural institution in Cuzco.  The chapter shows that in the mission we find the same mechanisms at work that were fostering a convergence of styles, traditions, individuals, and themes derive from different urban and rural sectors of the cuzqueño society of the time.

Chapter 2: The Rise of Cultural Institutions and Contests. Takes a close look at the origins of the first cultural and folkloric institution in Peru, the Centro Qosqo de Arte Nativo (Cuzco Center of Native Art or Centro Qosqo for short); the contests organized by this institution at the regional level; and the presentations cuzqueño groups made nationwide in the first contests, which were held in the Pampa of Amancaes in Lima, in late 1920s.  Using as an example the path followed by the self-taught musician Manuel Pillco Cuba, a founding member of the Centro Qosqo and a member of the misión, Mendoza shows that from the beginning the self-educated musicians of popular extraction interacted with musicians of a higher social origin who had a formal and cosmopolitan musical education, thus influencing the rise of the new styles and repertoires that materialized as typically cusqueño.

Chapter 3: Touristic Cuzco, Its Monuments, and Its Folklore. Describes in depth how the development of a regional identity and the proposals for a Peruvian and American identity among the cuzqueño people were entwined with the rise of Cuzco as a center of archaeological and touristic interest at both the international and national levels, I show how, from the “discovery” of Machu Picchu (1911) and the declaration of Cuzco as the Archeological Capital City of South America (1993) to the celebrations of the Fourth Centennial of the Spanish foundation of the cities of Cuzco(1934) and Lima (1935), the cuzqueños who participated in artistic-folkloric production were quite aware of their significant role as representatives of the regional and national traditions. As the spaces where this tradition could be performed at the regional and national levels expanded, the cuzqueño intellectuals and artists positioned within the neo-Indianist movement, such as José Uriel García, its leader, saw in folklore an example of the miscegenation that had given rise to the identity of the current inhabitants of the Andes.  The key image of the Inca was gradually abandoned in the repertoire that consolidated itself as typically cuzqueño and instead a more important role was accorded to the contemporary urban and rural practices perceived as cholo and mestizo.

Chapter 4: La Hora del Charango: The Cholo Feeling, Cuzqueñoness, and Peruvianess. Is a detailed study of a space of artistic-folkloric output that proved to be a landmark in the acceptance of Andean rural music in some parts of the region—and Peru—where it had been hitherto excluded: La Hora del Charango (The Charango Hour). Using means of communication that had just recently reached the region, in 1937 this radio program took the small Andean guitar known as charango as its symbol and gave an even stronger stimulus to the cuzqueñista, Peruvianist and Americanist feelings, which were envisaged as a defense of the highland cholo or mestizo culture. The artists and intellectuals who participated in this program would often speak of lo nuestro (what is our own) with regard to the folklore they promoted but without restricting this term to Cuzco’s folklore and instead making an effort to expand it to make it mean “Peruvian.” This was an effort that aimed at providing the rest of Peru with specific referents based on Andean traditions—such as charango music—that would shape the national identity. These cuzqueñista and Peruvianist feelings developed under the perceived pressure of an “invasion” of foreign cultural elements and in the face of the criollo or coastal proposal focused in Lima, which also presented itself as an alternative source of a national identity. The chapter also shows how this space for the interaction of artists from various sectors of cuzqueño society stimulated the creation of new musical styles and new techniques within the charango tradition. Here the author includes an account of the careers of the two most important self-taught musicians who left their mark on the cuzqueño tradition: Pancho Gómez Negrón and Julio César Benavente Díaz.

Chapter 5: Creative Effervescence and the Consolidation of Spaces for “Folklore.” Chronicles the rise and development of another major cultural institution of Cuzco that actively promoted folklore during the first half of the twentieth century: the Instituto Americano de Arte de Cuzco (American Art Institute or IAA,C). Established in 1937 by José Uriel García, it replaced in several respects the momentarily deactivated Centro Qosqo by promoting contests and other spaces for artistic production. This institute gave initial support to several folkloric groups formed mostly by self-trained musicians of rural and popular urban extraction, who were seeking an opportunity to join the thriving folkloric activities of the city of Cuzco. This was the case with the Asociación Folklórica Kosko, which led to the definitive revitalisation of the Centro Qosqo and its growth. A discussion of the origins of this group illustrates the heightened presence these popular artists had in the cultural institutions of the city of Cuzco.
In this same chapter Mendoza also explores some aspects of the career of Armando Guevara Ochoa, The Cuzco musician and composer most widely-recognized in Peru and abroad, whose art while he lived in Cuzco was developed in spaces fostered by the IAA,C. This world-renowned artist, who is acknowledged as a creator and practitioner of a nationalist musical tradition, was a disciple and friend of Manuel Pillco from whom, according to the testimony of Guevara Ochoa himself, he learned “the purest Andean folklore.” Finally, this chapter returns to the issue of the growing importance of national and international tourists in Cuzco, and studies the way in which this is entwined with the rise of the Día (24th June) and the Semana del Cuzco (the Day and the Week of Cuzco), as well as with the ritual that would become the icon of these celebrations—the Inti Raymi. This week, and later the entire month of June, became the major context for the creation and re-creation of Cuzco’s folkloric traditions.

Epilogue:  Who Will Represent What is Our Own. Revisits some of the major conclusions reached in this book and explains how the trends and canons developed throughout the first part of the twentieth century have left their imprint on Cuzco’s artistic-folkloric production to the present day. Whereas in the late 1960s the state had a more active and direct role in the promotion of folklore, and the number of folklore contests and festivals increaded, the characteristics of what was considered typically cuzqueño remained rooted in what had been developed in the first part of the twentieth century. Mendoza briefly reviews the failed efforts of the major folkloric groups of Cuzco to have their art recognized as representative of the national identity. This happened in 1968, when the Peruvian government for the first time ever officially sent a folkloric group to represent Peru abroad. The group chosen, which was sent to Mexico, was one based in Lima that that represented criollo musical traditions, Afro-Peruvian ones in particular. The author likewise reviews the paradoxical situation Cuzco’s artists, and Andean artists in general, found themselves in vis-à-vis Ima Súmac, an internationally acclaimed singer who presented her music to the rest of the world as a legacy of Peru’s Incaic tradition. The author finishes with some reasons why it is still important to understand the complexities of the intellectual, sentimental, and artistic creative process that took place in Cuzco throughout the first part of the twentieth century.